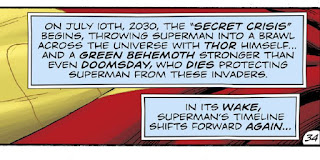 This panel predicts a fight between Thor and Superman. Hulk ends up "dead" (quotes since he is Immortal... it is in the title.) protecting Superman.

All I can say to that is Thor is going to whip the snot out of Superman. No, I have a LOT more to say about any potential Marvel/ DC crossover. Garin and I have been beating the bushed trying to connect to some talent on Twitter to talk about the "Secret Crisis." To date I have not had any bites, but I think time will tell. Comic Book People are excited about the potential behind this. Oh and Doomsday Clock wasn't the only comic to hint at a potential shared universe. 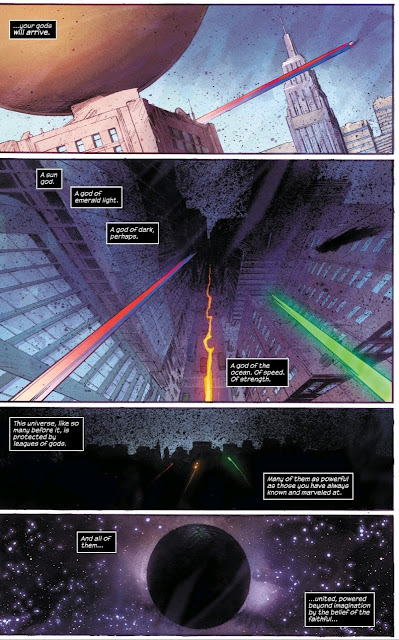 I actually love this page so much. It is a BOLD step. I think these two panels are probably not enough evidence on their own merits to indicate that DC and Marvel have decided it is time for another crossover. Then again, comic conspiracy theorists are loving these bread crumbs. There is one more worth mentioning. 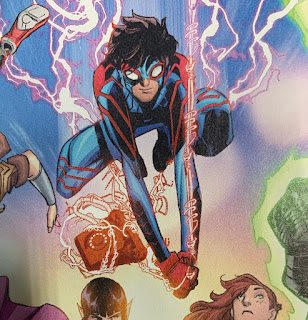 Spider-boy makes an appearance in Young Justice Number 12. I have not read this series, but my understanding is that the Dial H for Hero character shifts into Spider-boy. While technically speaking Spider-boy isn't a pure Marvel property, dropping even a tangential member of the Spider family into the DCU is a bold move by Brian Michael Bendis.

Just in case you are reading this and aren't aware of the Amalgam Universe here is the origin of Spider-boy. 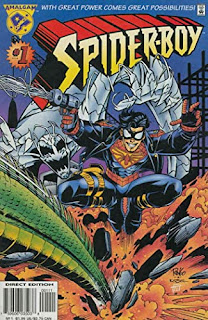 He was a combination of Spider-man and Superboy. I wasn't the biggest fan of the Amalgam universe, but it is cool in a very 90s way.

Now if I were going to bet on a Secret Crisis happening, I would say Donny Cates and Scott Snyder would be scripting a big part of it. I could see Silver Surfer, Knull, Wally West, Doctor Manhattan, Franklin Richards, Lex Luthor, Perpetua, The Batman Who Laughs, and Molecule Man all playing major roles in bringing about the Crisis.

For now, I am going to save on speculation. I plan to script out my own ideas on what a Secret Crisis in greater detail in the future. As more crumbs leak out along the path I will try to share them out here.